The Internet Watch Foundation has identified and assisted the removal of 137% more webpages depicting child sexual abuse last year, than the year before. 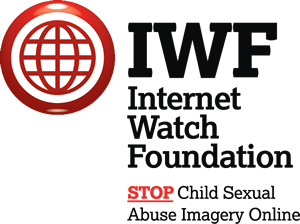 The Internet Watch Foundation (IWF) recently launched its trends and analysis on the global picture of child sexual abuse image distribution online. The IWF Annual Report 2014 reveals that its new ability to actively seek out the content, which was given in April 2014, has been effective in identifying of more criminal material than ever before. The IWF is the only Hotline in the world with the ability to do this.

The IWF is a charity, and self-regulatory body set up in 1996 by the online industry. It is the UK’s Hotline for reporting child sexual abuse imagery online and is funded by 117 companies and organisations (https://www.iwf.org.uk/members/current-members). Due to the increased funding these companies gave the IWF, it recruited more Internet Content Analysts last year, taking the total from four, to 12. 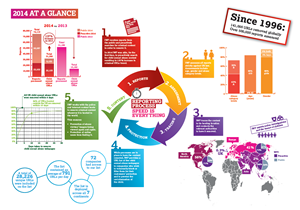 The IWF takes reports of suspected criminal content from the public, which includes members of the public, police officers and IT professionals.

Coupled with its new ability to actively search for the images and videos using intelligence-based tactics, it was able to assist with the removal 31,266 URLs of child sexual abuse last year, compared to 13,182 in 2013. A URL can contain one, or many thousand images and videos.

Global speed of removal
Less than 0.3% (95 URLs) of the imagery identified last year was hosted in the UK (in 1996, 18% was UK-hosted) and 95% was removed within a day, often within two hours. Last year, most was hosted in North America (56%) and Europe including Russia (41%). The speed at which countries are removing the content has increased.

When the IWF identifies a child sexual abuse URL hosted in another country, it notifies that country’s hotline, or law enforcement agency. It then repeatedly chases up with that country until the URL is removed.

IWF CEO Susie Hargreaves, said: “Our ability to actively seek out child sexual abuse imagery created a significant step-change in the effectiveness of the IWF.

“We have a mission to protect victims of sexual abuse from having their images repeatedly viewed. The more content we can identify and work with others to get removed, the bigger the benefit to those victims.

“We are also here to help the internet industry from being abused and the online industry in the UK and increasingly, globally, is really stepping up to help us remove this imagery but we know there are many more companies who are either yet to recognise they have an issue, or are being too slow to respond.

“It is not good enough for those companies to allow the burden of responsibility to fall on a socially responsible few. This year we will ensure they are armed with the knowledge, information and support they need to protect themselves and benefit all internet users and victims of sexual abuse.”

Susie Hargreaves is the CEO at the Internet Watch Foundation, established in 1996 by the internet industry to provide the UK internet Hotline for the public and IT professionals to report criminal online content in a secure and confidential way.

Susie explains why they are supporting the Friendly WiFi scheme.

Why does your organisation support the work of ‘Friendly WiFi’?

Internet Watch Foundation (IWF) has been proud to help shape the standard for ‘Friendly WiFi’. It’s important to us that all providers of public Wi-Fi minimise their customers’ exposure to child sexual abuse imagery online. The ‘Friendly WiFi’ mark should act as a beacon of reassurance for internet users that Wi-Fi offered in public places meets minimum agreed standards. These standards include filtering the Internet Watch Foundation’s list of child sexual abuse images and videos and we are proud to have helped participate in the ‘Friendly WiFi’ scheme.

Why is it important that parents and children recognise the ‘Friendly WiFi’ logo when out and about?

The internet is a massively positive tool and a great service to provide customers when they’re out and about. We hope that the ‘Friendly WiFi’ mark will equip anyone who wants to use public Wi-Fi with the knowledge that they are protected from some of the most horrendous imagery found on the internet.

Please describe what your organisation does and how people can find out more.

Many high street names have become Friendly WiFi accredited including Tesco and Starbucks. These WiFi venues can be identified by the Friendly WiFi logo. The logo will reassure consumers that the most worrying internet content for children, including pornography, will have been placed behind filters.

More information can be found at the Friendly WiFi website.