Protecting our children against the risk of CSE 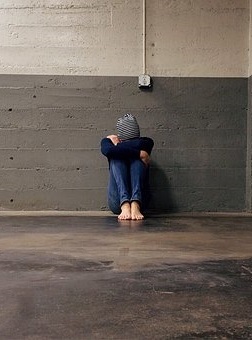 Child Sexual Exploitation (CSE for short) is a type of child abuse which occurs when a young person is encouraged, or forced, to take part in sexual activity in exchange for a ‘reward’ which can either be emotional or a physical gift, such as money or alcohol. Whilst some children are considered more at risk, CSE can happen to any child from any race, community or background and the exploitation can happen both online and offline.

The last 10 years have seen CSE hit the headlines with the prosecution of gangs in Rotherham, Rochdale and Oxford but only last month, the NSPCC warned that the CSE still remains woefully under reported.

Whilst children can be targeted at any age, teenagers are notably most vulnerable, particularly between the ages of 13 and 15 when they are learning to become young adults. This can be an emotional time when they are easily influenced, want to fit in with a crowd or may crave attention or recognition. With offenders using manipulative tactics, many child victims are unaware they are being groomed or exploited. Groomers can give them access to alcohol and drugs and make them feel grown up, which makes them feel they are choosing those relationships, when in reality they are being exploited. The very nature of grooming makes it difficult to recognise as groomers often succeed in deceiving both the victim and those around them. Many adults are therefore not able to recognise the signs that a young person is being exploited.

In a recent report by the Independent, NSPCC’s policy manager, Lisa McCrindle highlighted the importance of relationship education in schools “so young people know what a good relationship looks like and what an unhealthy, abusive relationship looks like.” This follows research by CEOP (Child Exploitation & Online Protection Centre) which affirms that nearly three quarters of secondary education teachers say school lessons are the most important way to teach children about sexual exploitation. Messages about healthy relationships and risky behaviour can be taught through Personal, Social and Health Education (PSHE) and Sex and Relationship Education (SRE). Topics that can be explored include: respect and responsibilities, understanding of dangerous and exploitative situations, exploring gender stereotypes and gender roles and assessing risk and its consequences. The video ‘Exploited’ which was released in 2012 is an excellent tool that helps teach young people about exploitative friendships. Produced by CEOP with support from a range of national partners including the NSPCC, Brook, the Sex Education Forum and Barnardo’s, the video follows the story of fictional teenager Whitney to explore how children and young people can be made vulnerable to sexual abuse, highlighting the grooming and manipulation techniques used by abusers.

For teachers, knowing how to recognise the signs of CSE plays an important part in its prevention. Young people who are being sexually exploited may be involved in gangs, hang around with older groups of people or have older boyfriends or girlfriends. They may regularly go missing or be away from school for long periods of time. By giving our teachers the skills to identify those most vulnerable and engage them in discussion about their experiences we are able to protect them from any further longer lasting damage. The NSPCC’s Protect and Respect Service, launched in 2011, is open to children and teenagers aged 10 to 19, and works with teachers, police officers, nurses and youth workers to identify and support youngsters who have been sexually exploited or are at risk of falling victim. The service has directly helped 1,866 children and young people so far, including 1,493 children between the ages of 10 and 15.

There’s also positive news from the Government, who are taking further steps to support the cause. Ministers have pledged an extra £40 million to help agencies do more to fight sexual abuse, trafficking and exploitation. The drive includes the launch of a new centre of expertise and plans to create a new national database of missing people. 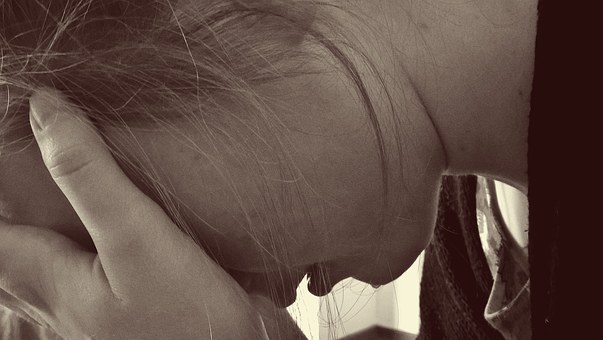 Concerned about CSE among students in your school?
E-safety Support can help.
Developed by Tim Pinto, e-safety consultant and member of the Educational Advisory Board for CEOP, our CSE training course explores the stages of CSE and how to recognise it. It is available for distribution exclusively to our Premium Plus members.

Not sure if your school has the right policies in place to deal with any risks associated with CSE?
Our CSE checklist is available for free when you sign up for a free E-safety Support membership - this also includes access to a selection of e-safety resources along with previews of all the online training courses. 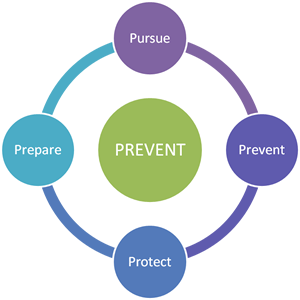 The Internet brings marvellous opportunities to children and young people with the ability to learn new skills and visit websites which engage and enrich their lives. However, the Internet also brings dangers such as online predators, who will try and contact children through websites and software apps.

More recently, there has been an increase in groups and individuals trying to approach young people to recruit them for political or religious ideas. This is known as online radicalisation and can be described as;

“The actions of an individual or group who use the Internet and digital technology to groom a young person into following their extremist ideas.”

There have been cases in the news over the past year of groups like Islamic State (ISIS) using the Internet and social media to recruit young people to fight in the conflict in Syria. In addition, there are examples of right wing groups such as Britain First and the English Defence League using Facebook and Twitter to engage with internet users.

In short, all schools have a duty under the Counter Terrorism And Security Act to keep children safe from harm, especially from the risks of radicalisation and extremism.

It will come as no surprise that schools many have been left wondering where they will find the resources (both in terms of time and money) required to implement these additional requirements. The demand for information comes as no surprise to the team here at www.e-safetysupport.com. On the day we released our anti-radicalisation checklist for schools, we saw an incredible demand for the information - our website traffic was 600% greater than average, and over 10% of our members visited the site within 6 hours of the information being released.

Due to this unprecedented demand, we have developed a school extremism and anti-radicalisation policy. The model policy can be used as a template and adapted as appropriate for your specific school needs.

This policy is available exclusively to E-safety Support Premium Plus Members. 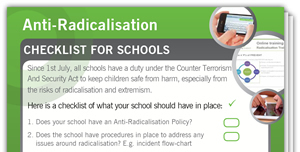 Don't forget to login and download your anti-radicalisation checklist for schools.

This checklist will help identify the key elements your school should have in place. It is available to all E-safety Support members.

More extremism and anti-radicalisation resources will be added soon - find out more.