Quarter of young Brits confess to ‘bullying or insulting’ someone online 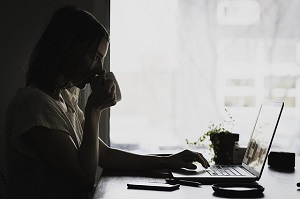 Demos is Britain’s leading cross-party think-tank: an independent, educational charity, which produces original and innovative research. Their new research mapping the behaviour and decision-making of young people online, identifies a shockingly high incidence of hostile online behaviour towards peers – often linked to having previously experienced abuse on social media. Significantly, it highlights the strong relationship between offline and online character and morality in young people.

The major new research project, which spanned nine months, involved Demos surveying 668 16-to-18 year olds over Facebook, exploring their online behaviour and responses to various social media scenarios. Demos also held focus groups with 40 teenagers in London and Birmingham, as well as expert roundtables with teachers and other youth work professionals. Demos’ Centre for the Analysis of Social Media (CASM) also used innovative methods to analyse the dynamics and contents of ‘trolling’ attacks on Twitter.

Demos’ focus groups found that young people are often drawn into cyber bullying because they are aware that their friends can see they are being bullied or insulted online, which leaves them compelled to respond in an aggressive way.

Although the research finds that many young people are attuned to the moral implications of behaviour on social media many young people say they would take no action when they see someone they know being bullied online.

At the same time, young people also clearly use social media to build friendships and express their beliefs in more positive ways: 88 per cent of the young people surveyed have given emotional support to a friend on social networking sites, and just over half (51 per cent) have posted about ‘a political or social cause that they care about’.

Social media analysis by Demos looking at the dynamics of ‘trolling’ finds that although social media often facilitates the rapid spread of abuse online, it also gives young people the opportunity to exercise empathy and courage, by coming to the defence of the victim.

Demos research finds that young people’s character – or the personal traits, values and skills that guide individual conduct – may be significant in determining the extent to which they engage in positive or negative behaviours online. Young people who admit to engaging in risky or unethical behaviour online are, for example, found to demonstrate lower levels of moral sensitivity to others, and have lower self-reported character strengths.

Based on the findings of the report, Demos made a number of recommendations, including:

Commenting on the findings, the report’s author, Peter Harrison-Evans, Researcher at Demos said:
This research also shows the links between character traits such as empathy and self-control, and how young people think and act on social media. It’s here that we feel policy-makers, schools, and parents can make the biggest difference – empowering young people to make a positive contribution to their online communities by building their social digital skills and increasing their online moral sensitivity.