Making Britain the safest place in the world to be online

Britain is to become the safest place in the world to be online thanks to new proposals announced by Culture Secretary Karen Bradley. 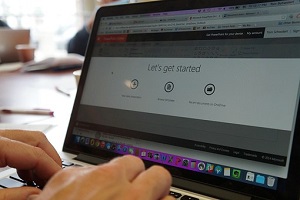 In the past year, almost one fifth of 12-15 year olds encountered something online that they ‘found worrying or nasty in some way’ and 64% of 13-17 year olds have seen images or videos offensive to a particular group. Nearly half of adult users also say they have seen something that has upset or offended them on social media.

The Internet Safety Green Paper aims to tackle these growing dangers, while continuing to embrace the huge benefits and opportunities the Internet has brought for British citizens.

The Internet has been an amazing force for good, but it has caused undeniable suffering and can be an especially harmful place for children and vulnerable people.
Behaviour that is unacceptable in real life is unacceptable on a computer screen. We need an approach to the Internet that protects everyone without restricting growth and innovation in the digital economy.
Our ideas are ambitious - and rightly so. Collaboratively, government, industry, parents and communities can keep citizens safe online, but only by working together.

The strategy sets out the government’s ambition to create a strong framework which can tackle online harms. All options will be carefully considered, working collaboratively with industry and charities and supporting children, parents and carers.

Today’s is the first generation of children who are learning about relationships and sex in an online world. So the Strategy also outlines the crucial role that education will play in raising online safety awareness, with a particular focus on children and parents:

Meeting the challenges of the digital age is something parents do every day. It is encouraging to see the government proposing concrete steps to ensure that industry is doing everything they can to support families and make the Internet a place that contributes to children flourishing.

As the national centre dedicated to making the UK the safest place in the world to be online, the UK Safer Internet Centre, a partnership of three charities - Childnet, the Internet Watch Foundation and South West Grid for Learning – welcomes the Government’s Internet Safety Strategy, which reflects our own work and priorities.
Technology plays a fundamental role in everyone’s lives presenting both opportunities and threats. Our aim, like this strategy, is to promote national collaboration around these issues to deliver positive change among children and young people across the UK - and those who support them - through education and increased awareness of the safe and responsible use of technology.

As part of our work to make Britain the safest place in the world to be online, today’s announcement complements the action already taken by government to stop the spread of poisonous material and propaganda on the internet that could lead people down the path towards terrorism.

Recently the UK and France joined forces to tackle online radicalisation with plans that could lead to much stronger action against tech companies who fail to remove unacceptable content.

About the Green Paper


The Government has already consulted a wide range of stakeholders including charities, academic researchers and technology companies while developing the objectives and initiatives in the Green Paper.


This is just the first part of work to develop a Digital Charter, which will provide a framework for how businesses and individuals should act online so everyone can benefit from new technologies.

Alongside the Strategy, the Department for Digital, Culture, Media and Sport (DCMS) has published a literature review undertaken by Professor Sonia Livingstone, Professor Julia Davidson, and Dr Joanna Bryce, on behalf of the UK’s Council for Child Internet Safety (UKCCIS) Evidence Group.

A number of key findings on internet safety are compiled in the Green Paper:
Reporting to social media companies is low amongst those who recognise they have been cyberbullied. Children, particularly those who had no direct experience of reporting issues, had little confidence in social media companies to resolve cyberbullying (Cyberbullying: Research into the industry guidelines and attitudes of 12-15 year olds. Family Kids & Youth. (2017)).

The amount of children exposed to hate content online seems to be rising. 64% of children and young people aged 13-17 have seen people posting images or videos that are offensive to a particular targeted group (Power of image: A report into the influence of images and videos in young people’s digital lives, UK Safer Internet Centre (2017)).

More than four in ten adults users say they have seen something that has upset or offended them on social media in the past 12 months (Adults’ media use and attitudes, - Ofcom report (2017)).

Ofcom estimates that the average weekly time spent online for all adults in 2016 was 22.9 hours, 1.3 hours more than 2013. 5-15 year olds spend 15 hours a week online; exposing themselves to risks. Even 3-4 year olds who go online are spending 8 hours per week doing so (Children and parents: media use and attitudes, Ofcom (2016))

In the past year, almost one fifth of 12-15 year olds encountered something online that they ‘found worrying or nasty in some way’ (Children and parents: media use and attitudes, Ofcom (2016)).

Half of UK adult internet users say they have concerns about what is on the Internet. These concerns relate mainly to offensive/ illegal content (38%), risks to others/ society (22%) and concerns about security/ fraud (20%). Other concerns include personal privacy (9%) and advertising (7%) (Adults’ media use and attitudes, Ofcom (2017)).